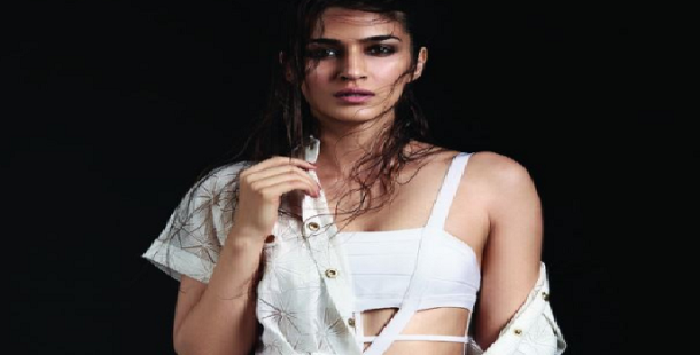 Kriti Sanon who has gained popularity with her recent movie ‘Raabta’ is definitely creating headlines. Her fashion sense and sexy avatars has many fan following her everywhere. She is doing well in both modelling and acting career. She is born and brought up in Delhi. Her Bollywood debut was the movie Heropanti for which she received the award for best female debut as well.

Lately, Kriti Sanon has again come in the limelight. This time it is for her sexy photo shoot. Kriti will be seen on the cover of the FHM magazine of the month of July. She is seen wearing a white shirt dress with a zipper. Her wet hair adds to the sexiness of the picture. The quote on the cover suits the picture as well. It says ‘Get wet and wild with Kriti’.

Check out Kriti Sanon in her sexy avatar below- If you are crazy about food and want to be famous, these crazy food challenges are for you.