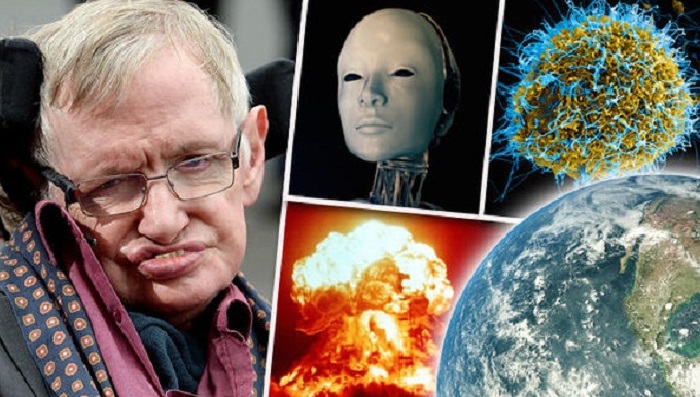 Stephen Hawking says humans better find another planet if they want to live more than 100 years.

With the growth in technology, standard of living and spending habits of the people, humans will not be able to survive for a long time on the planet Earth. Â We will have to find an alternate planet to live and survive. Climate changes, overpopulation and different scientific advancements are making our survival on Earth very difficult according to renowned British physicist Stephen Hawking. BBC has launched a new science season- Tomorrow’s world where they are trying to understand the rate of survival for the humans. As part of this series, Hawking and his student Christophe Galfard, will be featuring in a documentary, Expedition New Earth, where they will be looking for ways in which humans can survive in outer space.
It is indeed true that there is no much time left for humans and they need to find a way of survival because earth can’t be our home for a long time.
The advancement in technology is creating no scope for our future but just making our present life easier. A nuclear war can soon destroy us and humans lack the skill for surivial in such situations.
The most useful discovery for humans would be the discovery of intelligent life according to Hawkings. Development that will take care of the present and not hampering the future as well.
CategoryEducational International Technology
Tags#100years #100yearstolive #BBC #Britishphysicist #ChristopheGalfard #Climatechanges #different scientific advancements #Earth #earthdestroy #overpopulation #planet #stephenhawking #stephenhawkingchildren #stephenhawkingmovie #Technology

How badly are The Kapil Sharma Show’s TRPs falling, Kapil gets Monica Castellino on the show

Celebrities who are bahu on TV and babe on Instagram.