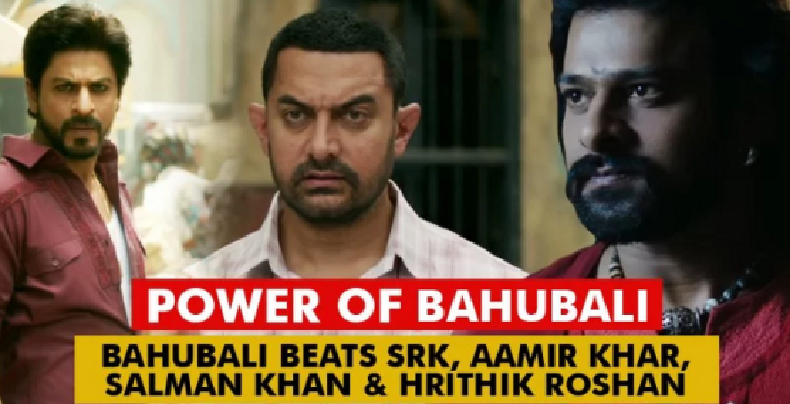 Bahubali 2- the most anticipated film of the year.

Who had ever thought that a Tamil dubbed Hindi movie would do so well in Bollywood. But the addiction of this movie is beyond compare.Â

Bahubali 2 trailer has just launched and we can’t get enough of it. It has hit record breaking views for a trailer with more than 50 million viewsÂ in 24 hours. That is crazy.

Image Source
Here are some interesting facts about the movie
-The budget of the movie was 2 billion rupees.
-The movie has a world record poster size of 50,000 SQ feet.
-Prabhas set his own in house gym with equipment’s worth 1.5 crore.
-The movie trailer is the most viewed trailer ever with over 50 million views on YouTube in under 24 hours.
-The film will be featured over 4,000 plus theaters and in 6 languages.
-The film has used 2000 stuntmen and elephants for the action sequences.
Watch the trailer once again below.
CategoryBollywood Entertainment News
Tags#bahubali #bestmoviesoftheyear #dharmaproduction #karanjohar #katappa #mostexpensivemovieinindia #moviestrailer #prabhas #tamilmovie #whykatappakilledbahubali #youtube 6 languages 6500 theaters bahubali2 bollywood
Mukesh Ambani’s revert to a pretty girl seeking a rich husband.

If you are happy with your increment then you should read this, Indian cricketers get 100% hike.