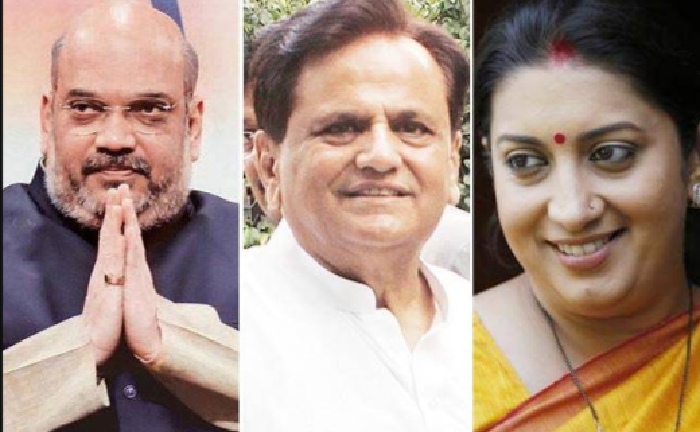 The Rajypa Sabha has three seats waiting to be conquered in Gujrat and the country is going crazy over it. The elections which have begun at 9 am today morning are seeing some actions and reactions from different assembly members. This election is turning out to be more fierce as there is tough and equal competition between Congress’s Ahmed Patel and his former colleague Balwantsinh Rajput who is now a part of the BJP. Usually in the Rajya Sabha elections, there was unopposed voting which saw a majority and hence there was no controversy invovled. But this time, the elections are not that simple. There are four people contesting for three seats and the competition is intense.

Ahmed Patel, Balwantsinh Rajput, Smriti Irani and Amit Shah. There are mixed opinions regarding the support that Amit Shah will receive in the polls. Many leaders have openly clamied that they are not going to vote Amit Shah but this does not affect the confidence of the leader.

The members have to give their votes as per first, second and third choice and so on according to the number of candidates and the one with 45 total votes can be selected as the winner. Basically, the candidate requires one fourth of the total votes along with one to win the polls. May the best leader win is all that we can say.

Vaani Kapoor strips on insta with the challenge ‘#striptobasics’.