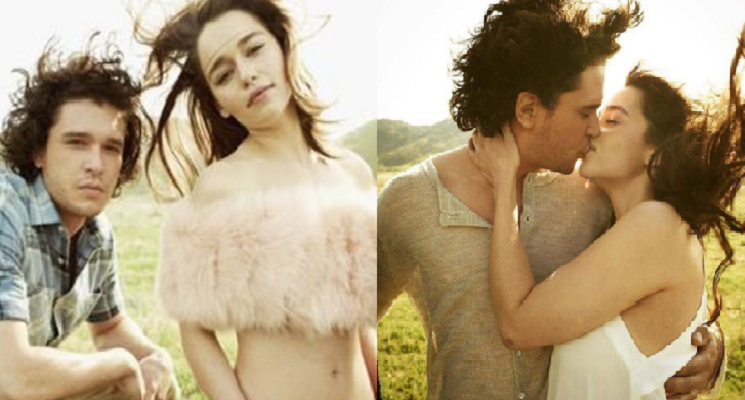 These pictures of Jon-Daenerys kissing will make you want the show to end that way.

While the whole world waits with bated breaths for the next episode of the Game of thrones to be out, we have another reason to distract your minds.

Jon Snow and Daenerys Targeryn are the new hot couple of the season and we are all hoping that in the end the couple will kiss and make the season end worthy for all of us. So much of speculation about the combination of ice and fire and the references of these things takes us to think that nothing else can work better for them. The couple have shot together for a photoshoot and the pictures make us look forward to this end all the more now.

Check out the beautiful pictures of Emilia Clarke & Kit Harrington-

This photoshoot of Kit Harington and Emilia Clarke is a gift to 'Game of Thrones' fans everywhere ðŸŽhttps://t.co/CTYojiRKqG pic.twitter.com/vQvS4lVjKq

I'm never getting over the rolling stones photoshoot. Also, the kiss wasn't staged! They just went for it! *cries* #kimilia #jonaerys #got pic.twitter.com/Airy0fP7RE

The letter of the victim named as Atal Bihari Bajpai due to which Ram Rahim trapped in the clutches.